Megabats are fruit and nectar eating bats which navigate and find food principally by sight and smell. It is argued that megabats may have evolved from a primate ancestor, with the major points of debate being that:

Flying-foxes, commonly called fruit bats, are placental mammals. They are warm-blooded, deliver a single furred (except for abdomen and under the chin) open-eyed baby and suckle their young. Twins are very rare. The gestation period is approximately 7 months.

The baby has oversized feet and an extra little hook on the thumbhook and toenails to aid in clinging to its mother. By also latching on to mother’s teat located in her ‘wing pit’, the baby is carried very securely for the first several weeks of its life.

From birth until 5-6 weeks old, a baby bat does not have the ability to control its own body temperature. This is called thermoregulation. By clinging to its mother and being wrapped in her wings, the baby is kept warm and secure. The mother also keeps her baby scrupulously clean, using her tongue to lick and groom. 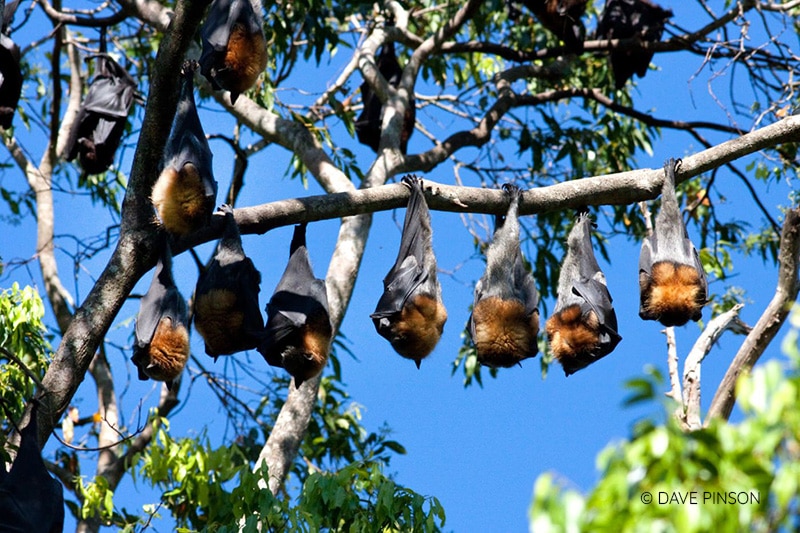 Flying-Foxes live in large groups called colonies or camps while the Blossom Bats and Tube-nosed Bats are more solitary animals. Flying-fox camps can consist of a few thousand animals, and at other times tens of thousands.  Some campsites are occupied all year round, but the numbers can fluctuate according to food availability in the area.  Bats will migrate large distances to other areas where seasonal fruiting and flowering is taking place.

Flying-foxes leave their camps at dusk to forage, sometimes travelling long distances.  They return to their campsites before dawn to spend the day sleeping, grooming and socializing.  Flying-foxes do not echolocate, relying instead on their excellent vision and sense of smell to find food.  The sound of other bats squabbling at food sources will also attract their attention.

Flying-foxes play a crucial role in the pollination and seed dispersal of our native forest species.  They are a keystone species (essential to the survival of other plants, animals and entire ecosystems). Many of the seeds excreted or carried by bats are pioneer species that grow after rainforest is cleared or damaged.  When these plants have grown, then other rainforest species can survive in their shade.

Eucalypts produce white or light-coloured blossoms which are strong scented and highly visible at night.  Blossoms are located on the tips of branches where flying-foxes can see and access them to feed on the energy-rich nectar and protein-rich pollen.   Some Australian trees, such as the Brush Box and Plunkett Mallee, produce nectar that specifically attracts flying-foxes, while others time their nectar production to peak around midnight.  Indeed, some species such as the Spotted Gum, Blackbutt and Moreton Bay Ash have blossoms that can only be fertilised at night.

It has been estimated that a single flying-fox can disperse up to 60,000 seeds in a night over a distance of 50km.  Flying-foxes are therefore our most important pollinator of Australian hardwood trees, native palms and rainforest trees.

Climate change, habitat loss and human infrastructure and intervention has impacted flying-fox populations to a point where some species are listed as ‘Vulnerable’. The longterm effect this in turn has on our native forests is likely to be a negative one.

Prior to May 2003, Queensland had one of the highest rates of land clearing on the planet (an average of 500,000 hectares per year). Environmental costs have been catastrophic: species decline, dry land salinity, degradation of river systems and significant greenhouse gas production. Land clearing has resulted in the estimated killing of more than 100 million birds, mammals and reptiles each year.  Despite changes in Government Legislation in the past decade, South East Queensland remains within the top 24 offenders on the planet for deforestation. 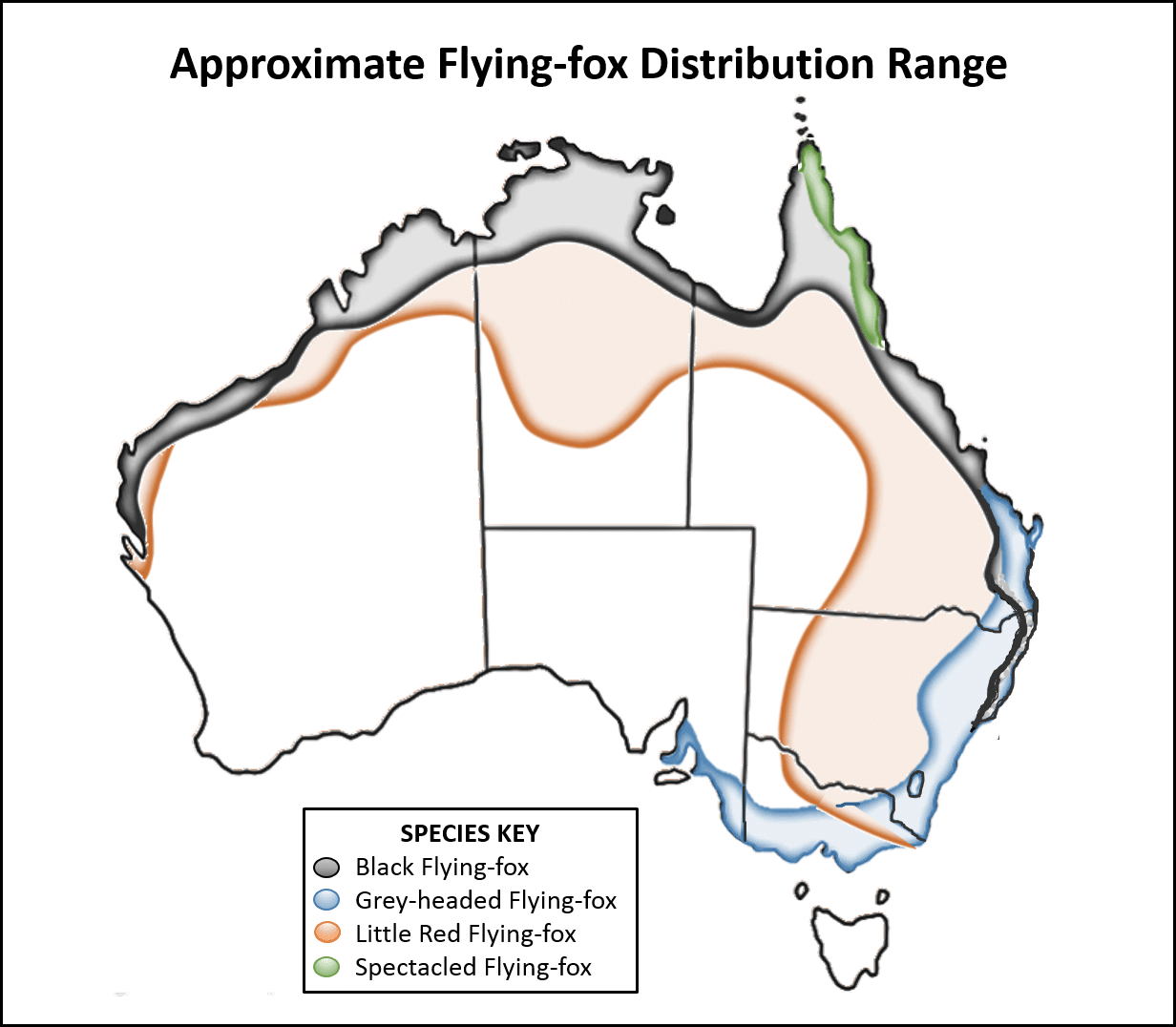 There are approximately 77 species of bats in Australia, four of which are flying-foxes and one true fruit bat.   In South-east Queensland we encounter three species of Flying-foxes, which share roost sites where their range overlaps.  Flying-fox roosts occupy a wide range of habitats including mangrove islands in river estuaries, paperbark swamps, eucalypt forests and rainforests.  They prefer to camp near water sources, in vegetation with a dense canopy. 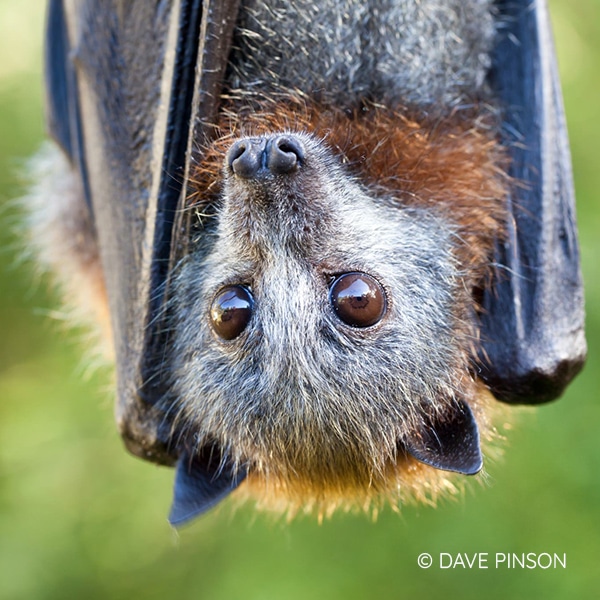 Weighing up to 1kg with a wingspan of more than 1 metre, this species is Australia’s only endemic flying-fox.  Their grey heads, collar of coppery fur and hairy ‘trousers’ down to the ankles is very distinctive.  Their range extends down from the central Queensland coastal areas and inland within 200km of the eastern coast through New South Wales and Victoria to Adelaide in South Australia.  The Grey-headed Flying fox is listed as a Vulnerable species under the Commonwealth Government’s Environment Protection and Biodiversity Conservation Act (EPBC)1999. 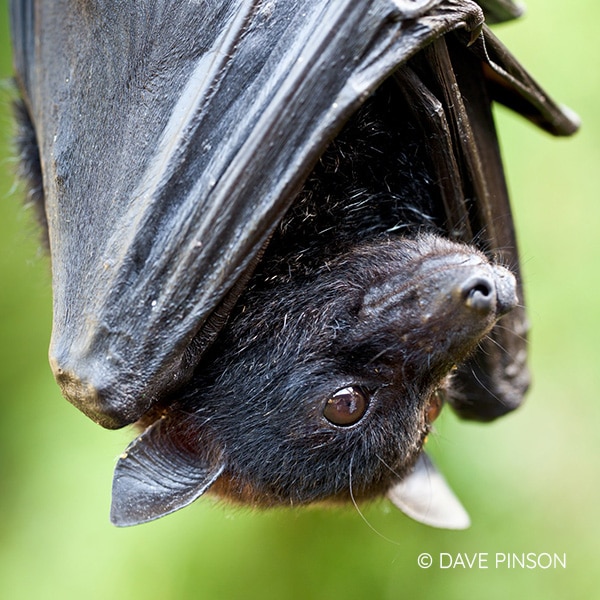 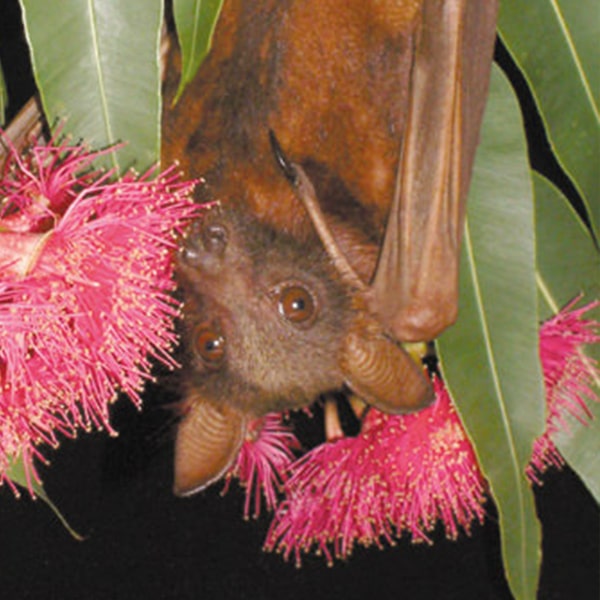 The smallest of Australia’s flying-foxes, and also the most widespread, the Little Red Flying-fox weighs up to 500 gms with a wingspan of around 800mm. This nomadic species ranges from Shark Bay in Western Australia, across northern Australia into Queensland and south through New South Wales into Victoria. They are known to gather in enormous numbers (200,000 or more) in areas of seasonal flowering and will range far inland. They feed almost exclusively on nectar and pollen and are particularly attracted to the nectar of Eucalyptus, Corymbias and Melaleuca. Their roosting habit of clustering close together in large clumps low to the ground is very distinctive, usually damaging the vegetation in the process. Little Reds are also found in southern New Guinea.

Grey-headed and Black Flying-foxes give birth in Spring, from late September through to November. Little Red Flying-foxes usually give birth during the months of May and June. 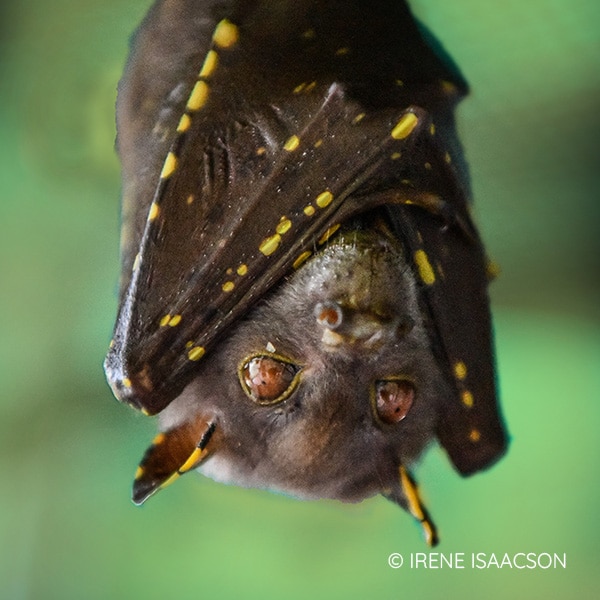 The Eastern Tube-nosed Bat is primarily a tropical and sub-tropical rainforest species. It inhabits eastern coastal rainforests and moist eucalypt forests from northern New South Wales through Cape York, Torres Straight and New Guinea. The most distinguishing features are their tubular nostrils and bright yellow patches on wings and ears. Eastern Tube-nosed Bats eat a variety of fruits, particularly native figs. They have the ability to hover and turn around in mid-air which allows them to navigate dense vegetation with ease. Weighing up to 50gms with a wingspan of around 480mm. 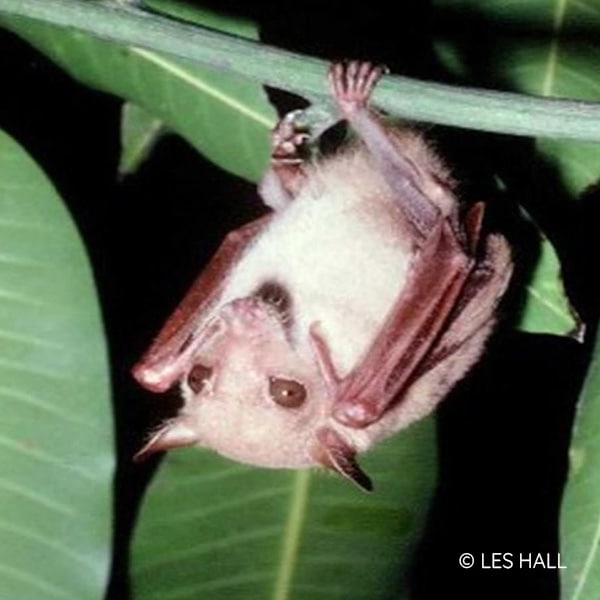 This little bat inhabits the sub-canopy and canopy of rainforests, wet eucalypt and paperbark forests, usually selecting a different roost every night in the same area. Nectar and pollen from Banksia and Callistemon blossom is their main diet. Their distribution ranges along the eastern coast of Australia from Cape York Peninsula through to the mid North Coast region of New South Wales. They are also found in New Guinea and Indonesia. The Blossom Bat can weigh up to 20gms with a wingspan of around 300mm.

There are two other flying-fox species occurring in Queensland’s northern regions: 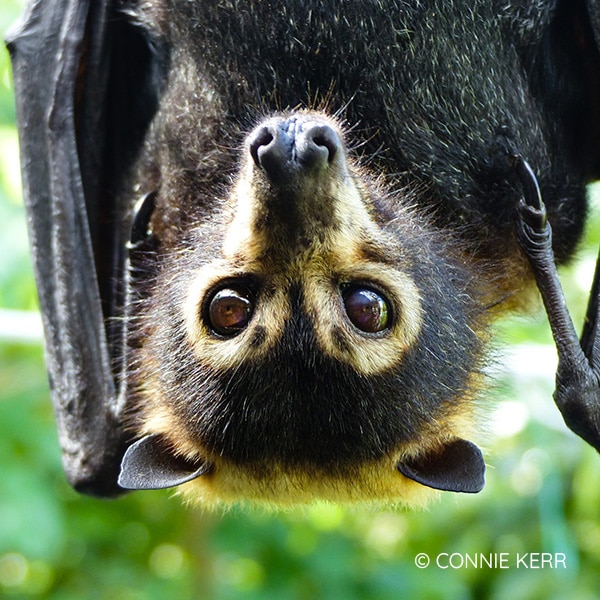 is found in tropical rainforests of North-eastern Queensland with the southern range limit of Ingham. Its range includes Torres Strait, New Guinea and parts of Indonesia. This species is listed as Endangered under the Environment Protection and Biodiversity Conservation Act 1999. 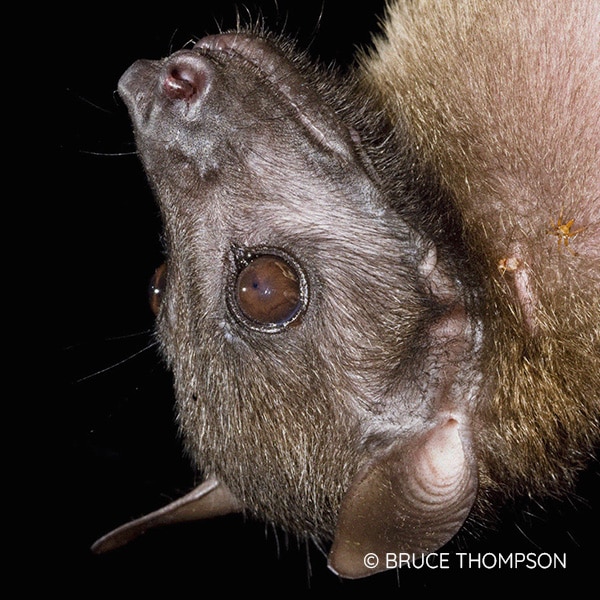 occurs only in north Queensland from Cooktown to Cape York, but is abundant elsewhere in Indonesia, East Timor and Papua New Guinea.